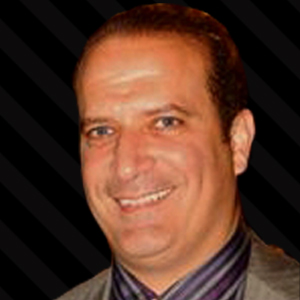 Ramsey Sweis, CEO, and founder of AQABA, Holdings. A Technology-based Internet Consulting Group since March 2004. Mr. Sweis is recognized globally as an expert in internet marketing and related areas of Information Technology.

November of 2017, Mr. Sweis was offered the position of Director of Digital Marketing for the Michigan Rheumatism Society

In August 2011 he has the honor of taking oath as faculty member at Oakland University as Instructor of Internet Marketing curriculum for both Graduate and Under Graduate programs for the Oakland University School of Business Administration’s Department of Management and Marketing.

On August 24, 2007, Mr. Sweis was offered a seat on the Automation Alley “International Business Center’s” Advisory Council as a council member and most recently on October of 2014 in his new role as Vice Chairman of the Executive Committee. Since May 2002 to January 2004, Mr. Sweis served as Vice President of Search Engine Optimization Firm, Net Generation, Inc.

Prior to joining Universal Communications Systems, Inc in January 2002, Mr. Sweis has served as a member of the Board of public company World Wide Wireless Communications, a Global Wireless Internet Service Provider from May 1998 to January 2002. The company’s business plan involved the acquisition and build out of substantial wireless frequency spectrum in the 2.5 to 2.7 GHz band (MMDS), especially in developing countries. During his tenure with the company, it was able to raise in excess of $12 million dollars and acquired rights to frequency spectrum in an additional 40 locations within the United States, as well as in Peru, Argentina, India, and Thailand. In October 2000 it commenced digital broadband wireless Internet service in Lima, Peru. He has had extensive experience in management and in the product design industry. From 1986 to 1998, Mr. Sweis has been a leader and developer of high-performance teams by enabling, training and motivating team members. In the recent past, he has provided computer and engineering services to General Motors and Chrysler Corporation and Tier One level vendors.