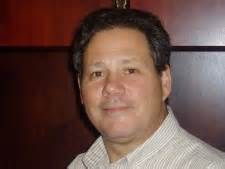 The Center for Medicare and Medicaid Services (CMS) appointed Alex Limanni, MD, FACR, to its Medicare Access and CHIP Reauthorization Act Episode Based Resource Use Measures Clinical Committee to provide input as CMS develops episode-based resource use measures for the new Merit-Based Incentive Payment Program (MIPS), according to a statement from the American College of Rheumatology.

“We are pleased to hear that Dr. Limanni was chosen to aid CMS in what will surely be a very complex endeavor,” said ACR President Joan Von Feldt, MD, MSEd, in a statement. “He has made great contributions to the practice of rheumatology and the committee will be well served by his expertise in developing effective measures of care.”

Dr. Limanni entered private practice in 1995 after he retired from a 20 year career in the US Air Force. He graduated from the U.S. Air Force Academy and later the New Jersey Medical School.

After completing his internal medicine residency at Keesler Air Force Base in Biloxi, Mississippi, he practiced as an internist and flight surgeon in the Republic of Turkey. Returning to the U.S., he completed his rheumatology fellowship at Walter Reed Army Medical Center.

Dr. Limanni has held clinical faculty appointments to Tulane Medical School and the Uniform Services University of the Health Sciences. For five years he worked as a research investigator at the Armed Forces Radiobiology Research Institute, where he did research on basic mechanisms of bone marrow recovery from radiological injuries, while teaching fellows and practicing in the rheumatology department at Walter Reed AMC.